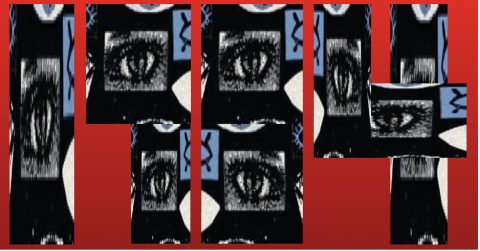 One of the Orwellian features of the Trump presidency (and there are many) is what I call “the assertion of the present.” Each day, it is a different story, a new tweet, another outrage, another distraction–to the point where we cannot keep up with any context for what today’s news means in context to yesterday’s events. And by conflating the present with an incomplete understanding of the most recent past, the assertion of the present degrades our sense of history and forces us to live in the immediacy of the event. Again, without context or time enough to comprehend, we look to a future where nothing but surprises await us. This is a gross distortion of reality, and this is one reason why revolution may be inconceivable, even if things get worse.

I’m reminded of the 2003 march against the US going to war with Iraq, held in Washington, DC, and other major American cities that year. The war protest itself was gobbled up by dozens of other protests against other injustices, distilling the impetus for the larger protest.
In “1984” the Proles cannot revolt as they know not what they are revolting against. Information is changing daily, war distracts them, economic news baffles them, they fear a police state retribution for crimes they cannot even understand they are committing. Sound familiar?
Shall we revolt? If so, are we revolting against Trump or the GOP which keeps him in power? The GOP or corporate wealth, which keeps them in power? Corporate wealth or the stock market, which keeps the middle class within the strike zone of keeping its pensions and jobs? These pensions and jobs or our collective material needs, which are excessive, often joyless, and worse, often bad for the environment…on and on.
Orwell’s theory on how to avoid being gobbled up by the moment and its abhorrence for fact and history, and how to give equal gravity to yesterday and tomorrow, is to read, to know history, to reject slogans, bumper sticker trivialities, and to own our own progress as individuals in a world that wants individuals to shut up. Don’t shut up, but think before you shout.