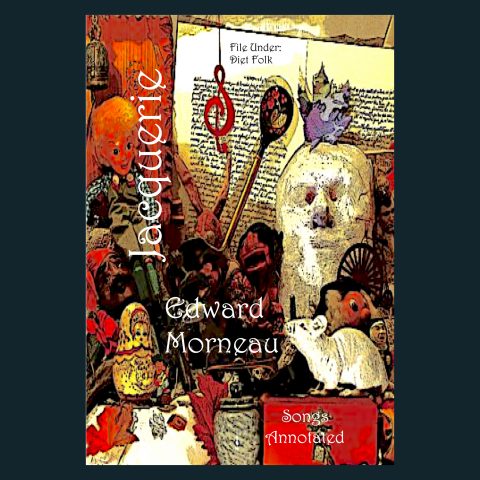 Jacquerie is a collection of lyrics and short annotations regarding the CD of the same name. The CD Jacquerie is a compilation of songs from two previous CD’s, called Trepanning (out of print) and Before the Second Rooster, plus two new songs, an experimental instrumental of found sounds (“Jacquerie”) and a new XTC-influenced tune, called “Cathedrals of Sticks & Pins.”

All of Morneau’s work from this era reflects a deeply lyrical consideration of how America’s shift to the Right during the Bush II administration threatened aspects of its Constitutional democracy, its core cultural beliefs, and the moral corrosion of its institutions, especially the media. The specific focus of most of the songs is on the wars in Iraq and Afghanistan, the heartbreak and effect of personal oblivion of 9/11, the distortions of faith through the exploitation of religion, the abandonment of principles personified by a nation’s response to those affected by Hurricane Katrina, and an examination of the soul itself and its capacity for self deception.

The dark matter of its lyricism is countered by the sweet melodies Morneau creates and the attendant pop-folk and sometimes avante garde musicality he embroiders to soften these hard observations. The topics are difficult and dated, and it is the risk of any artist to anchor his work in history, but Morneau explicitly thinks that it is the responsibility of artists to characterize the history they occupy through the expression they can summon to give meaning to the times.