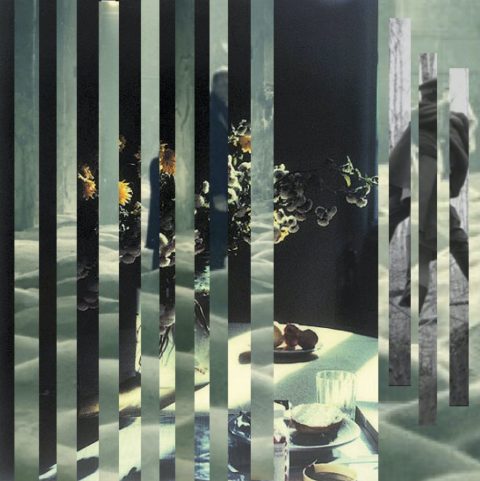 This collage is the simple manipulation of ‘slices’ of film cells from Tarkovsky’s Stalker, My Name Is Ivan (or Ivan’s Childhood), and The Mirror. In 1995-96 I had the great privilege of studying Andrei Tarkovsky’s brilliant work at Boston University under the erudite instruction by the great Ray Carney, one of the best scholars of global independent cinema. Truly a defining moment in my education and my appreciation of film.

I believe the Soviet director is the greatest of all. It’s a fairly subjective call on my part, but I make the argument that his films have the deepest, most illuminating values of any filmmaker. His entire canon has been internationally celebrated, winning most of the prestigious awards at Cannes, and his seven major works are part of the Vatican’s vast collection of the most profound art that has ever shed light on the human condition. Uncompromising in every way, his vision is rooted in a difficult lyricism that does not follow traditional narrative patterns. In fact, most critics have difficulty finding words to address the essence and totality of his cinema. Each of the films, “My Name Is Ivan,” “Andrei Rubliov,” “The Mirror,” “Solaris,” “Stalker,” “Nostalghia,” and The Sacrifice,” summon a willingness of the viewer to participate in the slow unravelling or revelation of a specific virtue borrowing from an array of virtues. For an essential discussion of this conceit, I suggest reading his Sculpting in Time, which is a revelation of cinematic philosophy rooted in his own personal values regarding remembrance, sacrifice, innocence, faith, family, home, place, and time. Even the best filmmakers contrive their work around archetypes that no matter how disturbing, bring some order to the viewer’s need for meaning. Tarkovsky breathes in the abstractions of deeper suspicions regarding implacable meaning and breathes out new archetypes to consider. One of his greatest virtues as a director is that he depends less and less on the artifice of editing, allowing his actors to occupy space and time and to struggle and seek triumph in each moment until the scene or sequence resolves itself as an entity of collaborative and full expression.