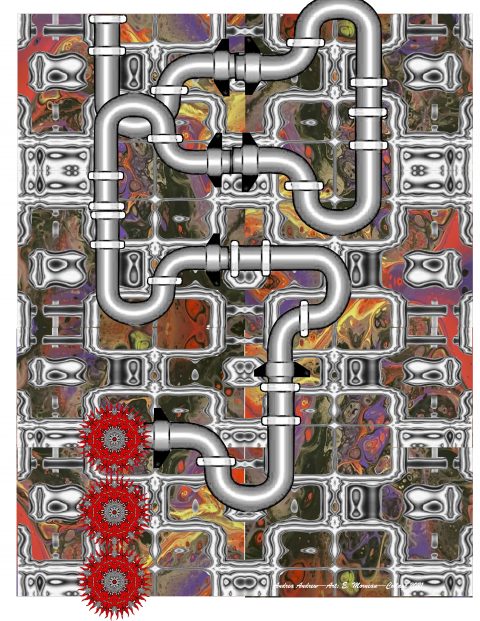 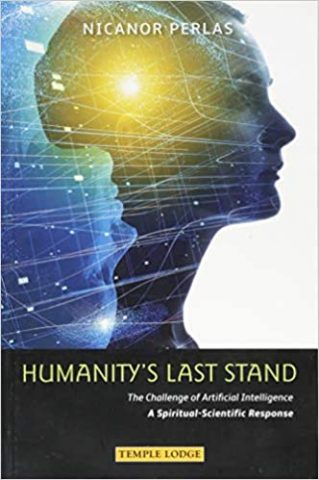 If you don’t know much about Artificial Intelligence, can I urge you to look into it? In his book, Humanity’s Last Stand, Nicanor Perlas has observed the forward march of this technology for many years from the inside. He can see that the march is becoming a sprint, which has motivated him to bring this to our attention.

He awakened to the importance of immersing himself in the topic when he increasingly heard those around describe human beings “as simply being ‘complex biological machines’.”

Nicanor echoes the words of Albert Einstein who was speaking about the unleashed power of the atom, “Our world faces a crisis as yet unperceived by those possessing power to make great decisions for good and evil.”

He calls us to put all our “heads and hearts together” to create alternatives to the “negative or extreme version of AI”.
The first 30 pages of his book paints a grim apocalyptic picture of our world and its inhabitants – us! If we are worried about identity theft and hesitate to use the internet because of this, that is the least of your worries. “After only one minute of recording, AI can now imitate a person’s voice and impersonate that person forever.” Have a look on YouTube for the fake Obama. Then, “In 2017, Facebook shut down its AI because it started to communicate with other AIs, in a language that its human creators can no longer understand.” This is software creating software!

If we fear AI’s inevitability of itself becoming self-aware, is this in direct proportion to our own declining self-awareness? And I’m not speaking of a spiritual self-awareness, but a practical one. I’ll give you an example: We are all aware that our current political system is failing us on many levels. Are we aware as to why it is failing us? Or are we only aware to the extent where we can comfortably and self-satisfyingly point blame?

If you were to apply the practical limitations of AI to collate and assess the root cause of our political problems and subtract all emotional issues that have to do with blame, would the AI algorithm locate that the original reason for our political problems is in the system of funding campaigns? If the cause and effect of decision-making is influenced by special interest money than only the problems affecting the special interests will be solved, creating the polarization of false promises with narrow outcomes.

AI will create massive job loss, and soon – the prediction is currently at 5 years but as with all these predictions, unfortunately they happen soon than expected. Universal Basic Income may be a solution but can leave people without a purpose in life.

Nicanor puts forward a very convincing case when he says that humanity has never had this level of freedom, this is a decisive moment in human history with no antecedent.

Is freedom humanity’s greatest delusion? Social philosopher Guy deBard suggests in his thoughts on spectacle that with every advance in minimizing human labor and suffering, humanity lulls itself into a deeper sleep, ignoring the lot of humanity that does not benefit from the spectacle. This dream simultaneously leeches possibility and fear of waking up from the dream of possibility, possibility remain just a dream and practicality the nightmare.

Nicanor frames his deep connection with, and understanding of, AI with his lifelong study of Anthroposophy, the Spiritual Science developed by Rudolf Steiner in the early 1900s. At the core of this work is the idea that human beings have two personas. One is the ‘constructed self’ developed through the environment in which they grow up and live in. The other is the ‘true self’ a higher, purer identity through which we all have the choice to express ourselves in freedom. He admits that this is a work in progress but now more than ever before we are called to become aware of it. Only if we do will be able to use AI for higher purposes, otherwise it will travel down the ‘human beings are nothing more than complex biological machines’ road.

In reality, human qualities leave AI behind as Nicanor convincingly explains. It became clear to me that, in fact, AI is challenging human beings to become aware of whom they truly are. Through our True Self we are much more capable than any AI could ever be. It is the sense of self and the full capability of human thinking that enables true human freedom and sets us apart from AI.

“Part of the preparation is to also understand the nature and mission of Evil. We cannot transform something that we do not understand.” In my personal study of Rudolf Steiner’s work I have come to understand that evil is necessary, in our awareness of it’s activity we have the impetus to rise above its seduction. At its core, AI seeks to substitute the human being and make it irrelevant. While this is truly misguided, the only way we can ‘convince’ AI is to use for the benefit of mankind.

I urge you to read this book and discuss it with those around you, as Nicanor predicts, we only have 10 to 20 years. Shutting our eyes before a car crash does not prevent the crash.

The detailed references at the back of the book are a rich resource and support every statement Nicanor makes.
These words written in 1951 by William Murray, borrowed from Goethe’s Faust are a clarion call. “Whatever you can do or dream you can begin it. Boldness has genius, power and magic in it!” The motivation to do this is not for personal gain but for the progress of the human race from which we shall all gain.