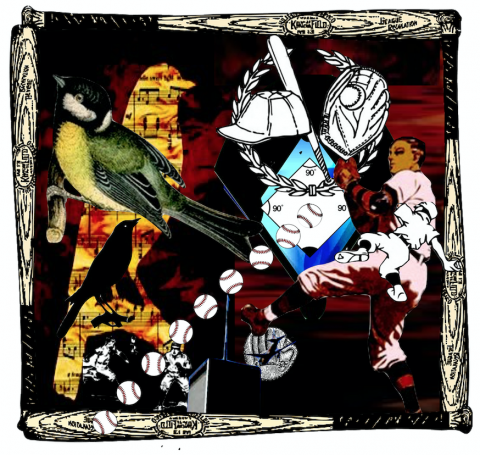 I was never a big football fan. I like baseball and basketball because they don’t as often change their respective game rules, whereas football is constantly changing its rules. I have yet to meet a football fan who can explain offensive pass interference. But I will watch football this year simply because so many of these athletes are taking a stand that I can’t publicly take. They will be noticed, as opposed to how we ordinary people pretty much are ignored. Of course, they are well paid, pampered, but we made them that way. If that bothers you, why support it no matter what they are protesting?

It’s the easiest thing to say that all lives matter when we live in a country that has a history of making sure some lives don’t matter. From native Indians, to African slaves, to Chinese, Italian, and Irish laborers, to South American migrant workers, to coal miners and women and children working in low wage to no wage urban textile factories—how little these lives have mattered is legion. These are facts of history that cannot be disputed by joining a feel good club like All Lives Matter. If they did matter we wouldn’t have to say it. And here we are, endlessly so, Black lives still don’t matter in so many ways. And if you can’t see it, you are looking away.

I believe that when a soldier recommended to Kaepernick to kneel instead of sit, both men considered the gesture as a genuflection to something many people see as a holy representation of America. When Americans don’t behave in concert with what the flag stands for, the genuflection is an act of humility, a invocation for forgiveness, to pause in solemnity before what was once holy and is now besmirched by sin—wounded by hate and betrayal. Those who don’t see an entire group of athletes genuflecting to a flag in context with a country so wounded don’t really believe in the flag or the country, nor possess the humility to acknowledge the sin against both.

It took an exceptional athlete and one of uncommon courage to remind us that winning under circumstances detrimental to one’s mental health is actually at the heart of mental illness. Articulate and poised, Simone Biles used wisdom and her desire to protect her health and not selfishly diminish her fellow gymnasts to advocate for difficult choices in difficult circumstances. This is the sign of character. Those who mock her decision reveal in themselves an absence of character, of empathy, and blind fealty to the myth of American exceptionalism. In many ways when the politics of sports competition degrades the heroic heart and condemns choice and character, which are the essence of the heroic heart, the patriotism that should understand this essence decays into an embrace of Nationalism—which is the emerging political mental illness of America.

To represent a nation with one’s grit, determination, and talent is an expression of humility before the collective hopes of the people of that nation, fellow citizens you care for and represent. That is patriotic and generous. Biles should not be alone in reflecting on the idea of winning at any cost. And the parallels are as wide as they are distinct.

The mental health on display through the actions of far too many Americans regarding Covid and its Delta variant, as well as the 2020 election are stark reminders of a peculiar political mental illness.