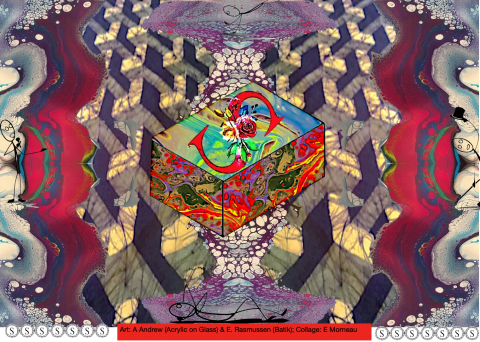 Today is the official day I begin my campaign to have the letter “S” formally accepted as a consonant AND a vowel. Yes, it’s true. Look how many ways “S” attains vowel status as well as already having superior alphabet status:

(Thanks to A. Andrew and Eric Rassmussen for, once again, letting me exploit their art.) 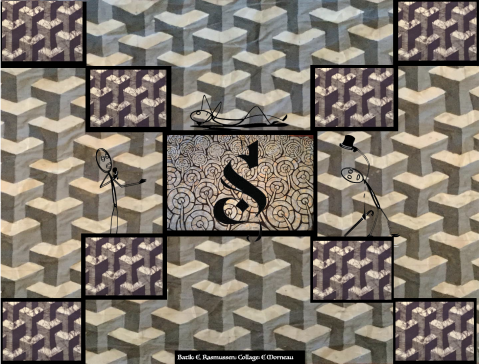 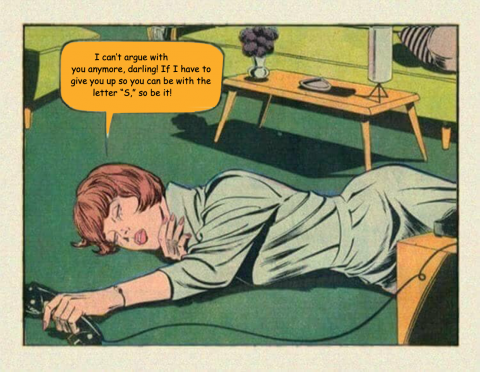 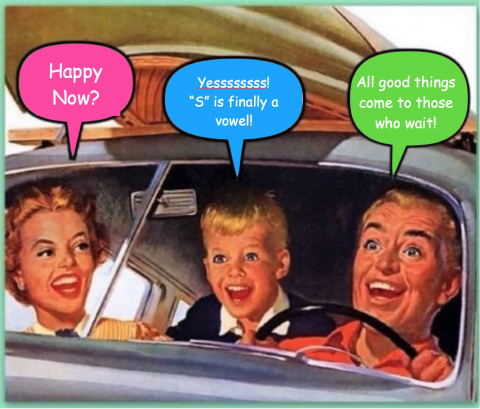 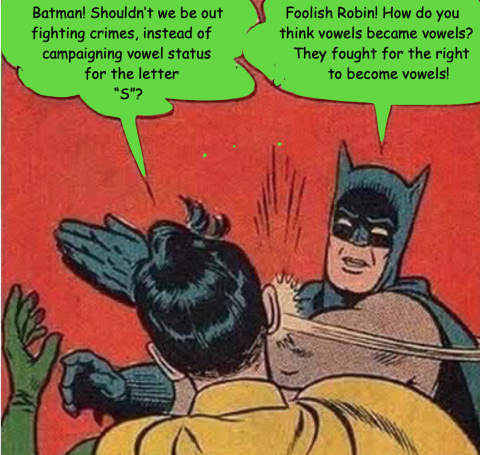