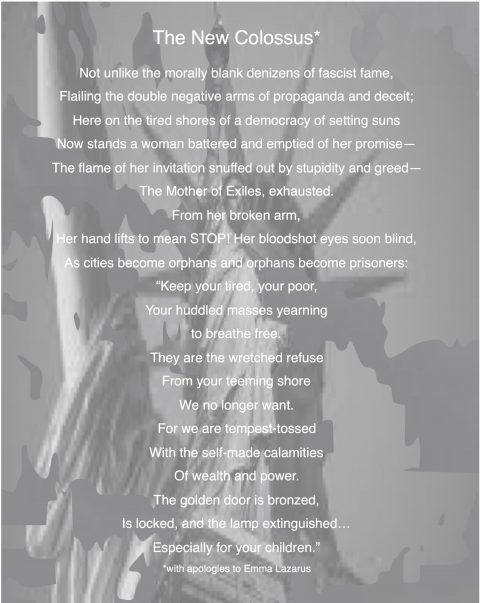 The immigrant crisis and the immorality of separating children from their parents has its seed in how the USA has intervened in Mexico and Central America over the past four decades. And we’ve done it in such insidious ways that it is no longer a part of the current conversation.

Why do they come here? Is it the American Dream, or is it out of desperation and a natural impulse to gravitate to a safer place? Mostly desperation.

Mexico was once a powerful agricultural country, harvesting thousands of varieties of corn for food and manufacturing uses. The entire culture of corn farming in Mexico collapsed when the US factory farms flooded the global market with cheap hybrid corn, putting Mexican farmers right out of business and into the Third World. Our hybrid corn crushed this country and made Americans the fattest, unhealthiest creatures on this planet, as nearly everything is a byproduct of cheap corn. We did that!

Families pour in from Honduras, El Salvador, and Guatemala because we have a history of destabilizing these countries, supporting dictators and thugs who make it easy for American corporations to exploit cheap labor and make cheap junk.

The El Salvadorans were subjected to death squads and mass murder by their governments, largely propped by the Ronald Reagan’s administration. According to the national organization Committee in Solidarity with the People of El Salvador, the U.S. spent more than $6 billion on direct military assistance to El Salvador’s repressive regime. We did that!

“Contra guerrillas backed by President Ronald Reagan used Honduras as a base to attack Nicaragua’s Sandinista government in the 1980s” (The Guardian).

In Honduras we still have a presence and back the military coup that further de-stabilized this country. The United Nation claims that the murder rate in Honduras was the highest in the world. We did that!

As far back as 1954, the USA, working on behalf of giant corporation United Fruit and using an ‘anti-communism’ bullshit excuse, deposed the democratically-elected Jacobo Arbenz Guzmán. We did that!

We are a pariah nation. And its all for wealth. All of it. The saddest fact is the inevitability of our own comeuppance. I’m not smart enough to know how or when this will happen, but it will happen. We let it happen. We did this! 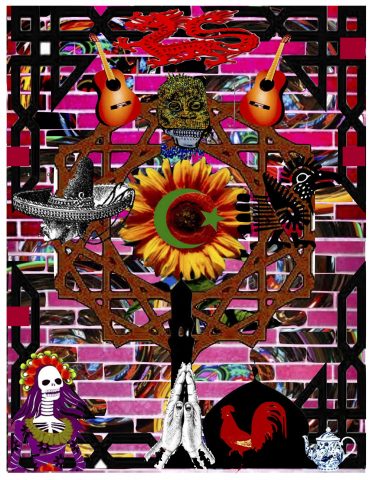 1) Destabilized Middle East, indirectly causing largest refugee crisis in history (see Syria & Yemen) and creating a manifold increase in terrorist groups worldwide; 2) largest prison population per capita in the world, which is racist in nature and anti-humane its its mission to rehabilitate; 3) created global recession in 2007-8, destabilizing countries that have yet to recover; 4) contributes to 1/3 of the planet’s global pollution; 5) flaunts international law to curry favor with international corporations and nationalist dictators; 6) supports torture and rendition worldwide; 7) has largest income gap between the poor and the super wealthy, exacerbating a shrinking middle class, which has fallen behind the 1% on an average of 26% per year since the the Reagan years; 8) exploits religious extremism here and abroad, mocking those who actually depend on authentic faith for hope; 9) consistently elects a GOP Congress that has done very little for the public good since Nixon, and uses the US taxpayer as its own private bank while contributing very little to the wider tax base; 10) has cheated American families out of fortunes by fighting for and supporting for-profit health care, bankrupting families and exacerbating health issues for those who cannot afford health care; 11) has marginalized teachers unions (their only civil protection), and wants to privatize public education–once the greatest of all democratic aspects protecting the public good, children, and the nation’s future, and is now an institution that has to beg to exist while the GOP works tirelessly to make it a for-profit institution; 12) destroyed the family farmer, replacing it with corporate farming, ruining the health of Americans, poisoning arable land, and harvesting cheap crops (corn and soy) that have destabilized centuries of family farms here and abroad, subsequently killing the GNP of entire continents (South America), leading to a mass exodus of farmers for a better life elsewhere; and, 13) if that’s not enough, like nationalist immigration policies everywhere, we separate families, imprison their children, rendition their moms and dads. It has nothing to do with liberal labels and has everything to do with opening your eyes and asking if this is what you want America to be.