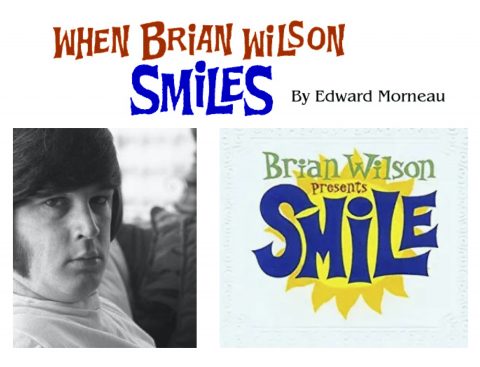 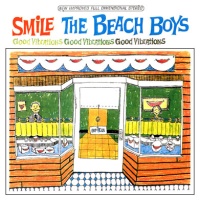 In 2005, Brian Wilson released the legendary Smile album, not with the Beach Boys, but re-imagined with his touring band, The Wondermints. I was asked by Boston Beats–an up and coming art scene online magazine–to write an article about the long-suppressed work, which was supposed to be a follow-up to the great and immortal Pet Sounds. Here is the story about why it remained unreleased for nearly forty years and why, in its new form, honored its promise and the genius of its creators, Brian Wilson and Van Dyke Parks. 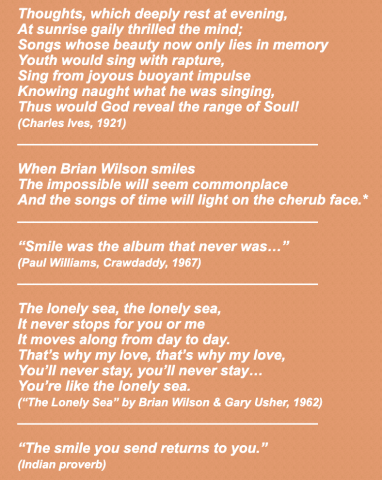 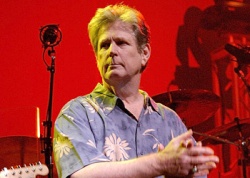